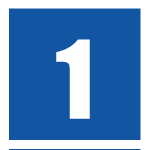 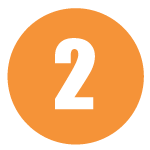 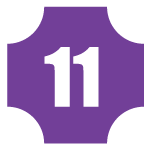 Beaver County Transit Authority (BCTA) operates its programs and services without regard to race, color, and national origin in accordance with Title VI of the Civil Rights Act.  Any person who believes they have been aggrieved by an unlawful discriminatory practice under Title VI may file a complaint with BCTA.  For more information on BCTA’s civil rights program and the procedures to file a complaint, please contact 724-728-4255; email TitleVI@bcta.com or visit our administrative office at 200 W. Washington Street, Rochester, PA 15074 from 5:30 AM to 5:30 PM Monday through Friday.  For more information about BCTA programs and services, visit www.bcta.com.  If information is needed in another language, please contact  724-728-4255.

Beaver County Transit Authority (BCTA) grants all citizens equal access to all its transportation services. It is further the intent of BCTA that all citizens are aware of their rights to such access. This site is designed to serve as an educational tool for citizens so that they may understand one of the civil rights laws that protect their benefit of BCTA programs and services, specifically, as it relates to Title VI of the Civil Rights Act of 1964.

What is Title VI?

Title VI is a section of the Civil Rights Act of 1964 requiring that “No person in the United States shall on the grounds of race, color or national origin, be excluded from participation in, be denied the benefits of, or be subjected to discrimination under any program or activity receiving federal financial assistance.”   Note that Title VI does not address gender discrimination. It only covers race, color and national origin.  Other Civil Rights laws prohibit gender discrimination.

BCTA operates its programs without regard to race, color, or national origin.

These procedures cover all complaints filed under Title VI of the Civil Rights Act of 1964.

These procedures do not deny the right of the complainant to file formal complaints with other State or Federal agencies or to seek private counsel for complaints alleging discrimination. Every effort will be made to obtain early resolution of complaints at the lowest level possible. The option of informal mediation meeting(s) between the affected parties and BCTA may be utilized for resolution. Any individual, group of individuals or entity that believes they have been subjected to discrimination prohibited under Title VI and related statutes may file a complaint.

The following measures will be taken to resolve Title VI complaints:


Get Updates By Email